Lionel Messi held back tears as he opened a press conference on Sunday, announcing his departure from Barcelona, where he has spent his entire career. 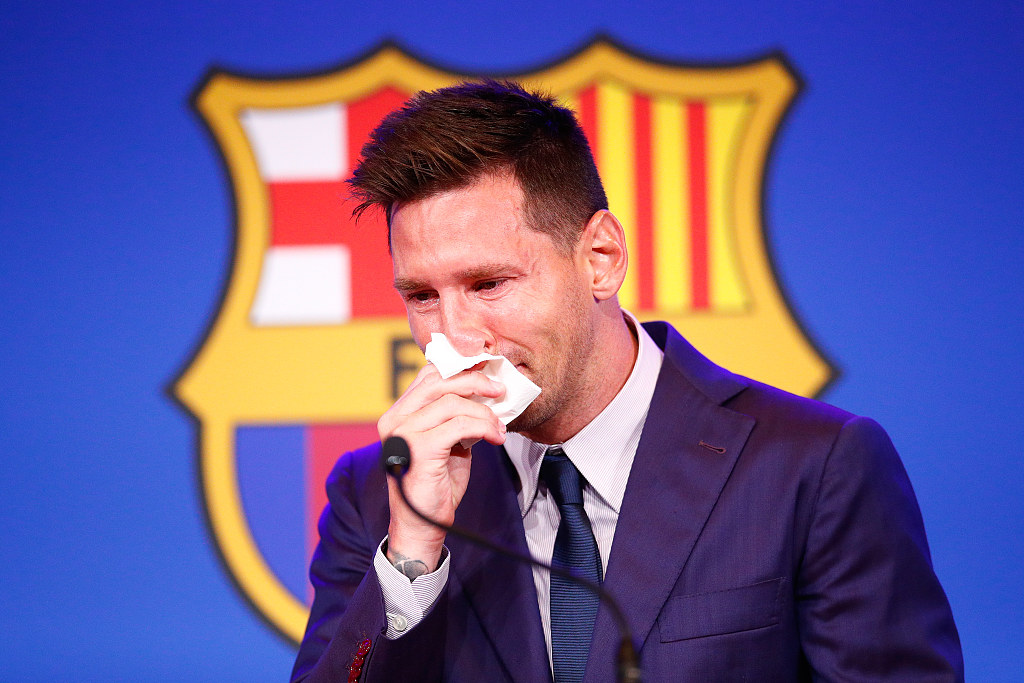 The 34-year-old Argentinian great, who has won the Ballon d’Or six times, has been without a contract since the end of June, and Barca claims they cannot afford to keep him.

In an interview with media, he stated: “My family and I were certain that we would remain in our home this year. That was our greatest wish, but alas, I am here today to bid farewell after many years, if not my whole life, spent here. When I first came here, I was only 13 years old.”

“I’m departing with my three Catalan Argentine children after 21 years,” Messi, who won ten league titles with the club, stated.
“From the first day I arrived at the last, I gave everything for this club. I never expected to have to say goodbye “Added he.

It’s commonly assumed that Paris Saint-Germain will try to lure him to the Parc des Princes. “It is a possibility, certainly,” Messi remarked when asked about joining the French team.

“However, I am currently without a contract with any team. When I informed the club that I was leaving, I received a slew of phone calls from clubs interested in hiring me. However, nothing has been verified as of yet, but we are talking, yes “he stated

Last year, he attempted to get out of his contract after the team he has won four Champions Leagues failed to do well in Europe, but he was unable to do so.

Barcelona said last month that they had reached an agreement in principle with the player and his entourage on a new five-year contract with significantly lower salaries, despite the club’s massive indebtedness.