A Bamenda resident was shot dead this morning in Bamenda, North West region of Cameroon, by Cameroonian soldiers.

The incident reportedly occured at A2 street, around mile 2 Nkwen in the morning of Thursday December 1st, 2022.

The deceased reportedly had a disagreement with a friend who reported him to the forces of law and order.

Our source said: “Just because he had a fight with a friend, the friend reported him to the military.”

“As the military arrived the scene, the boy tried to escape and was shot,” the source who witnessed the incident added.

He was rushed to a nearby health facility where he finally died. 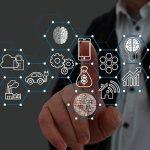