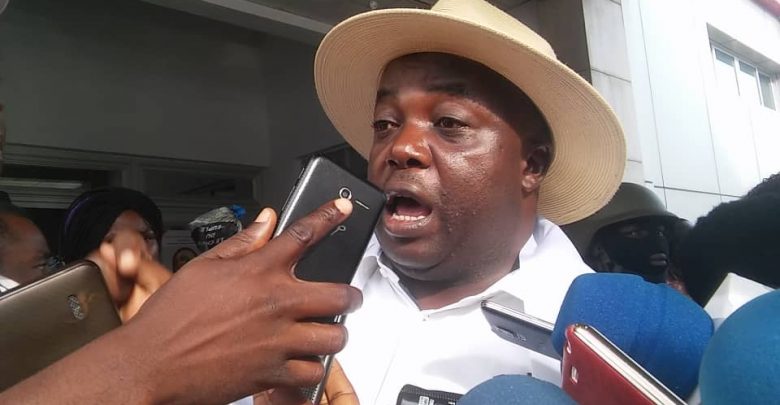 The last time the Mayor of the Buea city council in the troubled South West Region performed an official duty was Friday, October 24 2019.
He was seen donating ambulances to the Buea Regional Hospital.

“The mayor was in good health and did not show signs of sickness at the event,” a source in Buea hinted.
Reports say, early Sunday October 27, 2019, Mayor Ekema had a quick shock and fell at a Douala hotel where he lodging.

He died shortly after in a clinic where he was rushed to for medical care.His body has been deposited at a Douala hospital mortuary.
Relatives, friends and colleagues have been visiting his home in disbelief, while other Cameroonians have taken on social media to Express shock.

Mayor Ekema Patrick challenged pro independence fighters in Buea and vowed to do all he can, to crush them.
He has organised several marches calling for peace to return in the restive South West region of Cameroon.