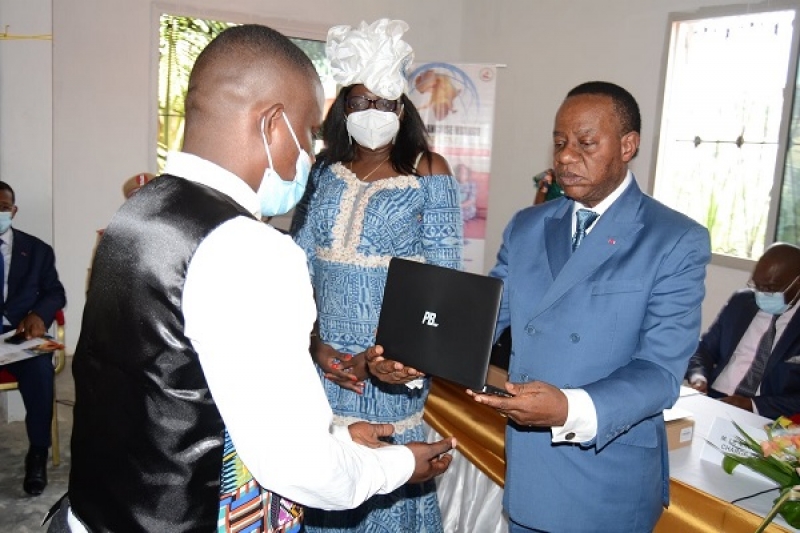 It was May 19, 2021 during the open day organized by the institute.

The Minister of Higher Education (MINESUP) Jacques Fame Ndongo was the special guest of the open day organized by the Higher Institute of Physical Education Françoise Mbango (ISEP-FM). The event took place on the ISEP-FM website on May 19, 2021. According to the national bilingual daily Cameroon Tribune on newsstands this May 25, 2021, this open day of the institute is one of its charming operations to make themselves known to populations and lovers of physical education.

The institute located at the first interchange of the Ahala district in Yaoundé took this opportunity to receive donations of laptops from the Head of State. “The academic supervision did not go there empty-handed since the Minister of State gave 40 laptops (Pbhev), a gift from the President of the Republic, Paul Biya, to 40 students of the first promotion of the establishment », Writes the daily with public capital.

Our colleague tells that Prof. Jacques Fame Ndongo magnified this innovation of the promoter who set up the first private establishment of the specialty (sports and physical education). “MINESUP recalled the triple mission of higher education: teaching, research and development support, emphasizing the concepts of quality assurance, professionalization of teaching, employability of graduates and digitization of universities, ”notes the journalist.

The newspaper also specifies that during this ceremony, a 10-minute documentary retraced the heroic moments in the sports career of Françoise Mbango, who received the support of the head of state. Thus at the end of this ceremony, “the promoter expressed her concern to pass on the keys of success to the youth through this training institute which has BTS, assistant teachers and high-level sports manager, in several sports ”, we can read in the columns of Cameroon Tribune.