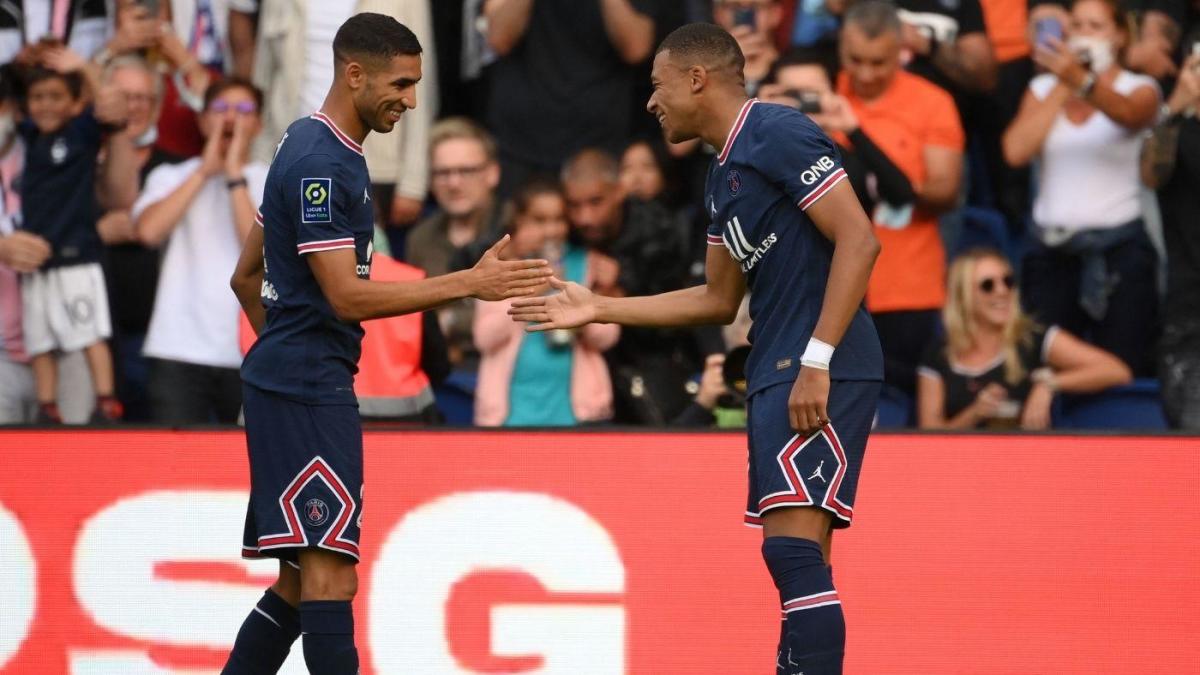 On Saturday, Mauricio Ponchettino’s Paris Saint-Germain secured a 4-0 triumph over Clermont Foot 63. They kept the French giants winning start to the season. They inflicted the first defeat on the Ligue 1 newcomers through two Ander Herrera goals and another second-half Kylian Mbappe and Idrissa Gueye efforts.

Notwithstanding the absences of Lionel Messi, Neymar and Angel Di Maria after international duty in South America and Marco Verratti through injury, the makeshift starting XI concocted by Mauricio Pochettino still had an adequate quality to conquer the newly-promoted visitors. They were missing their star attacker Mohamed Bayo.

Mbappe scored for the fourth time to now lead Le Championnat with four goals scored. PSG’s superior quality told in the form of Herrera’s brace and Gueye’s headed finish, but that was all expected, and so far, the capital outfit is simply doing what is asked of them — beating the teams put in front of them.

The UEFA Champions League is about to start, which routinely brings added focus at Parc des Princes. Still, there is also a feeling that even Club Brugge away should be another precise result with the visit of Olympique Lyonnais domestically and Manchester City in Europe before the end of the month the actual tests.

Even though established stars were absent, a victory like this should not be a thing to take no notice of. Still, equally, Pascal Gastien’s Clermont has a largely untried group of players at this level.

For the time being, though, so far, so good for Pochettino and the Paris Saint-Germain, who are establishing up winning momentum straight out of the traps, which they will be intent on translating over the European stage amidst City plus RB Leipzig to come at home in a tough Group A.